I began working with the AJL Foundation as a GIV Fellow in August 2022, where I was able to learn about and work on issues in the philanthropic sector, a world that I was very unfamiliar with at the time. Throughout my time working with YouthRoots and the AJL Foundation, I was given many opportunities to get involved with people who were really doing the work to make philanthropy a better and more equitable place. The opportunity that I will be talking about today is AJL’s Final Grantmaking Committee Meeting.

I was so excited to attend the third Grantmaking Committee Meeting on November 28, 2022, the culmination of all the work that is done throughout AJL’s participatory grantmaking process. This meeting included all of AJL’s staff, two board members, the grantmaking committee members, and AJL’s 2022 Grant Partners.

The meeting began with introductions, where I was given the opportunity to introduce myself as a fellow for AJL, and space for everyone to connect before beginning the meeting. Dr. Dwinita Mosby Tyler was the facilitator for this meeting, a skilled speaker and amazing at facilitating connection. She encouraged everyone in the space to show up as their full selves, and made it very clear that this was a safe space to do just that.

I could feel the love that existed within this space so clearly from the moment I entered the space. The room was filled with people who have been working together since the beginning of this year, some who have been working together for many years, and some, like me, who had just been introduced to this world. The variety of shared experiences within the room is what made this space so real and powerful. Each individual was able to reflect on their experiences, and revel in the connections made throughout the process.

This space was one you don’t come by very often, if anything, this was my first time being in a space like that. Where people were free to be unapologetically themselves: to cry, to process, to reflect, to connect.

The majority of this time was spent listening to the very powerful, and real stories of the 20 Grant Partners, each introduced themselves, their organization, and answered one of the following questions:

Many people opted to answer the first and third questions. Among the answers from leaders in their respective nonprofit organizations, a few were emphasized and repeated. Beyond funding, the leaders within non profit organizations want connection. They want their partner foundations to recognize them as human and not just as machines. Someone during the meeting said, “we are members of underserved communities serving underserved communities,” and yet they are expected to never burn out, to constantly be helping others while they need help as well. Connection in the form of showing up. Show up, visit your grant partners and help them with their work, volunteer, be on the ground with them.

Grant partners mentioned that AJL is doing the work to combat the inequities that exist within the traditional grantmaking process, but so many other foundations are not. And while they appreciate that someone is doing the work, and that these spaces do exist, they are rare. Ironically, it is rare to see a process within philanthropy that is human-centered, especially when analyzing the relationship between nonprofits and foundations. So, they emphasized a need for more people doing this call and this work, they are preaching to the choir in that space, we all know and most have experienced the inequities that exist and that is why we all hold such a deep appreciation for this space in particular. But, too many times are foundations lacking trauma informed processes. Too many times are foundations traumatizing or retraumatizing BIPOC leaders in nonprofit organizations through their colonized processes. These impacts are no joke, so nonprofits ask AJL to show the world how they do it, encourage others within their network and otherwise to adopt trust-based practices within their work. To understand that the colonized processes take away from the work that actually needs to be done. The processes that keep nonprofits “in check” and maintain power imbalances and disallow sustainability. For nonprofits to be sustainable, they must be funded to independence, not just enough to get by until the next year. When they are constantly in fear of not receiving funds, this can be so exhausting, this is when their humanity is forgotten and they are unable to sustain themselves. This is just a few of the very important and real reflections that were given during this last meeting.

One thing that I noticed about AJL’s participatory process from witnessing it from the “outside,” is the intentionality behind every step, or action. Something about this process, and this meeting, that I think is so important is the fact that the Grant Partners have already been chosen, and now they are being asked to provide feedback. In order to provide open and honest feedback, the partners must know that nothing they say would jeopardize the work that has already been done, and that they do not have to say nice things about AJL to get the money, because they already have it. AJL is always trying to acknowledge and address power dynamics that inherently exist within these spaces. By making the process transparent, and allowing for everyone to know beforehand what will be asked of them, also by always putting the people first. AJL’s staff and facilitators bring a human centered approach when facilitating meetings like this, making sure that we all can connect at that level, before anything else.

So many enlightening notes were shared, as well as unexpected lessons were learned. At one point during the meeting, a grantmaking committee member’s daughter was present and she was known by many of the staff members. They said hello, and she was asked to introduce herself to all of us. She was the sweetest, most confident little girl I have ever “e-met”. Her father asked her to introduce herself, gave her the floor and empowered her to speak for herself. This is something that I immediately noticed, not only was she allowed to be her full self and show up in the way that she chose to, she was also welcomed in that way. This instance is one that describes the space very well, a space where people do not have to hide their personal lives, but rather that is something that is valued. People are encouraged to be less formal because that is what allows for the most valuable and unexpected connections.

So much hard work has led up to this moment, and this is where everything comes to fruition, this is what makes it all worth it. Everyone was given the space to feel seen and heard. Nobody, no matter their age or position or relationship to the work, was discounted. This was a space that really showed me how the world could be. If we center humanity in all of our spaces, then imagine all the work that could be done and the connection that could be foraged. Imagine the fear that would disappear when we decide to trust. To lead with love.

I have been working very closely with my supervisors, Alece and Kristi, throughout the duration of this fellowship, and I couldn’t have asked for a better experience. They made the workplace feel more human, a space where we could all show up as our full selves. They encouraged my input in every aspect of the work we did together, and welcomed it in a way that never made me fear speaking up.

Every meeting I had with them started with a conversation in which we were all able to share how our lives were going, and ultimately foster a relationship. I have learned so much from them, and appreciate all the guidance they have offered. Through asking about my experiences, allowing me to show up as my full self, and not just an intern or fellow, they made me feel seen and heard. Not only was I given many opportunities to do work for the foundation that directly impacted their processes and enabled my learning, but I was also given the task of working through the “Money as Medicine,” workbook throughout the duration of my fellowship. This is a guided journal for reflection and action by Edgar Villanueva, the best-selling author of "Decolonizing Wealth: Indigenous Wisdom to Heal Divides and Restore Balance." This journal was so helpful for me in my own journey in decolonizing wealth and using money for healing and wholeness: I took the seven steps to healing through the seven chapters of this book: Grieve, Apologize, Listen, Relate, Represent, Invest, and Repair. This workbook was very helpful in reframing my connection with money to bring it back to what we should be using it for. The colonized approach, as described by Villanueva, is to divide, control, and exploit; while the decolonized approach, is to connect, relate, and belong.

Each space that I was in with AJL was intentionally human-centered, as it should be in all walks of life. Before anything, we are human. I have heard Kristi say many times that we must lead with love when doing this work. I understand that completely now. We must lead with love in a way that actively combats & interrogates white supremacist culture. We must decolonize our minds and our spaces and our work and in order to do that we must go through the motions of reconnecting with our pasts, grounding ourselves in the present, and fighting for the future. 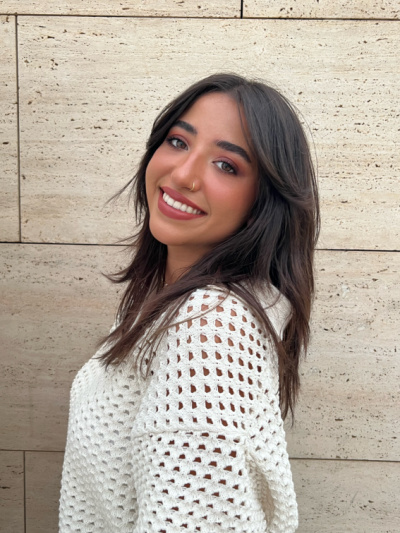